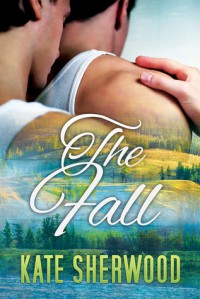 Mackenzie is convinced that buying a church and starting a business organizing gay weddings in a remote periphery is perfect to get over his latest breakup. He's pretty proud of his idea that will prevent him from thinking too much about the fact that he lost his sugar daddy.
The church isn't in the best condition and needs some work. That's how Mackenzie meets the twins Will and Joe. Will is always worried about his hermit brother and encourages him to get laid and enjoy the comforts of life. So, you see, Mackenzie seems to come in rather handy...

He fixed his eyes on a spot across the lake and started toward it. He felt his body falling into a rhythm. His breathing was regular, his arms were strong, and his body was at home in the water. Everything was good. And for a few blessed moments of peace, he was able to ignore the images that kept bouncing into his head…

I'm a real sucker of the reserved, somewhat brooding type of hero and Joe, The Worrier, fits nicely in my requirement profile. Sure, his tendency of over thinking everything can be tiring and his reluctance to open up got a tiny bit on my nerves. Still, I'm very curious to see how Joe and Mackenzie's relationship is going to evolve in the sequel. As I see it, they haven't even started yet.

Due to Joe's eagerness to protect his heart and Mackenzie being busy to get his business off the ground and fending off his irritating ex-lover Nathan (Yes, Nathan, take a freaking hike!), there wasn't all that much room to develop anything substantial. That's actually one of my issues. I just wanted more relationship development between the two main protagonists. I'm rather sure the author is going to take care of that problem in the sequel. Also, there was a misunderstanding due to a pet peeve of mine: miscommunication. And last but not least, I wasn't a huge fan of Mackenzie per se. Granted, he had his very good moments, i.e. when he took care of Joe after a specific "incident". Still, he was just too needy and insecure to make a huge impression on me. Being dependent on a rich and very manipulative guy is not the way I would like to organize my life. In the end, however, I was glad that he woke up and took his life in his own hands.

In The Fall we see a lot of Joe's family and their close and intimate bonds. I felt it was very well done and conveyed a strong message of family values. In fact, the interaction between Joe and his nephew Austin was incredibly sweet, funny and BEAUTIFUL. These two are my favorite characters of The Fall and the author did an absolutely wonderful job depicting their devotion for each other. That's love in every sense of the word. PERFECT! I just wanted to cuddle and hug them. Love and respect, reasonable "guidelines" and specific boundaries, that's what a kid needs to thrive and grow into a person who will hand over the very same principles to his or her offspring.

They're playing a goofy game…

"Wash, buddy," Joe directed quietly. "Scrub those fingers, get all the dirt off. " As Austin leaned forward, Joe lowered his head until their cheeks were touching, and Austin pressed his soft face against Joe's rough stubble for one moment of pure affection. Joe would never take this for granted, but he forced himself to record the memory and then push forward. "Good washing. Let's dry those hands and then go find the vegetables in the clothes dryer."
"The friiiiiidge!"

I'm a fan of Kate Sherwood since I read and loved her Dark Horse series. Aside from a couple of minor issues I really enjoyed The Fall. It's a solid read and I'll be definitely ready to check out the sequel. However, there's no getting round it to point out that the price/performance ratio is not balanced. I think the (rather short) length of the novel is out of proportion to the sales price. Don't get me wrong, I honestly don't begrudge authors their money but considering there will be a second book a lower price would have befitted The Fall. That's just my opinion. Despite the book being a bit pricey it's worth reading, though.