A total turn-off. Where was the warning? 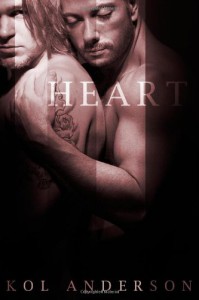 Roman meets Lucas for the first time in Vienna, Austria and spends an entire week and one night of passion with him. Emphasis on night--I found the passion and hotness factor sorely lacking and I couldn't feel any chemistry either. A few years later they meet again at Meetings and Events Center, MGM Grand, in Detroit. Shortly afterward a third party, The Pervert (Daniel), enters the f@cked up picture.

Here is the big question. Has (view spoiler) Yeah, right, it's no biggie because it's "only" fiction and it spices up a story so nicely. That's me being sarcastic.

I say this is all kinds of wrong.

One could think it doesn't come as a surprise that this happened to Roman. That dude is a total junkie, stoned to the nth every day; a disgusting slut who fucks and sucks anything and everything on two legs because he is so damn horny all the time. He needs the next orgasm more than his dignity and sanity and acts like a pathetic loser. Of course he can't commit himself to a relationship either. He depends on daddy. Hmm…too bad that daddy (view spoiler) Tsk tsk…that was so overtly predictable if it hadn't been so tragic I would have laughed. Oh, wait a second. Daddy did (view spoiler) Wow. Can you believe it? And then later on, daddy tells Lucas that (view spoiler) Clue in, daddy, mostly your son was busy getting fucked by The Pervert, certainly not by Luke.

I'm sorry I had to take a look inside their twisted minds...

Daniel, the pervert fucker, (view spoiler) and when they meet again the stupid dude follows the other stupid and perverted dude to the restrooms because he is so damn attracted to the whacko. They have a quick talk and agree to go to Daniel's home where The Pervert spanks and fucks Roman's ass again. The (view spoiler) However, what totally pissed me off was Roman's behavior after that shitty act. I mean how can he have sex with The Pervert over and over again? The Pervert spanked him so hard that he couldn't sit for weeks. How can he accept everything so willingly? He gets off on that shit, fine. Well, but that crap doesn't fly with me and don't tell me now it's because he's going (view spoiler) Swallowing every crap that you can get your hands on and screwing every stupid (or possibly perverted) dude is not going to improve the situation. Where the f@ck was his self-respect?

I was hoping the three MCs would off each other in order to accomplish a neat solution.

"No, but I know the type," he says. "Predictable. Safe. Boring."
"Right, because nothing like an adventurous (view spoiler) that leaves you hurting for days."
"You say that like it's a bad thing." If he didn't look as unbelievably sexy as he did saying this, I would have shot him another comeback.

Daniel The Stupid Pervert is fucking Pathetic Roman with a (view spoiler) in the ass in front of a bunch of other idiots in a bar. If you're going to be with some sadist nut-job I suggest you wear your best underwear, and keep your holes clean--at all times. How I ended up with my head on a bar counter, hands tied behind my back with thick rope, and a plug up my ass is a whole other story. (…)harhar...

"Daniel!" I yell, despite my resolve. I want him to stop. But Daniel has no such plans. My ass is nice and lubed from the plug, and the (view spoiler) slides in easy but hurts when Daniel starts twisting it around. Blah, blah, blah...But the deeper it goes the more it starts to hurt until I'm asking to use my safeword.

(…)
"You need to trust me," he says. "I'm not going to hurt you. Stop freaking out over it." /b>
SAYS THE STUPID EVIL FUCKER (view spoiler) That psycho must be delusional. And the other dude thinks that complaining is a waste of time anyway. Oh, and of course he neeeeeeeeds the next orgasm.

The (view spoiler) halfway in, and I realize this is almost over. It would be a waste of time, if I said no at this point. Also, there's the slight fact that I want to come so badly now--it's not worth fighting over.

Where is your freaking brain, Roman!? In your pants? *makes incoherent noise* *headdesk moment*

I want to beg Daniel to make me come, but I know by now it doesn't work that way with him. So I try to stay still until Daniel is done having his perverted fun with that stupid (view spoiler)

When he finally stops a few strangers are starting to fuck him, too ---> with their dicks. Despite them shouting the dirtiest things good ole Roman is getting off again. Hallelujah! *facepalm*

I can feel their come-sprays hitting my ass and the back of my thighs in random places, and when the last guy finishes, I can feel the familiar touch of Daniel's hand.

Pretty much out of the blue we've had a foursome, orchestrated by The Pervert and two of his friends. And of course Roman was happy to oblige. It was a foursome that will go down in my book history as one of the most awkward and most unerotic sex scenes that I've had the displeasure of reading about.

The ending…OMGGGGGG…seriously? Did the author really think it made that super duper douchebag junkie whore more likable in any way, shape or form? That was the explanation and redemption for his despicable behavior? Are you f@cking kidding me? I refuse categorically to be emotionally manipulated. That stilted little drama act doesn't work out for me. NEVER. EVER. Emotionally I felt so completely and utterly removed from the irritating MCs throughout the entire book. They simply didn't "click with me" and I couldn't have cared less. Nope, there are no tears from Baba.

I didn't like the writing since it felt totally detached and clinical. In fact, this story reads like a mechanical sequence of events. Also, I NEVER liked the two perverted main protagonists, Daniel and Roman. The third dude Lucas didn't really do it for me either. Despite him being a hit-man he seemed to be the most normal among that freaking monkey cage, though. Says all. I can deal with an asshole but when I feel the need to shoot at least two out of the three main protagonists then we have a serious problem. So, you see, that was a lost cause. And last but not least the plot features a couple holes the likes a Swiss cheese has yet to discover. I guess the only thing I liked about Heart was the cover. It's just too bad that I couldn't check out one single negative review before I decided to buy the book. Usually they are even more helpful than all the glowing reviews.

I'm aware of the fact that I'm the odd one out there but it's all right. Don't mind my little rant, and I really hope you'll "enjoy" Heart more than I did. Book goes back to Amazon for a refund of my money. I'd rather buy and enjoy Criss Cross insofar as Among the Living ended my book funk.

I don't drink but I guess it's time to buy a good bottle of hard liquor…cheers.


P.S. Where was the warning? I couldn't find anything in the blurb.