The beginning of the end... 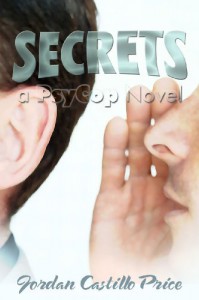 (Jacob) Baba is being pensive…the beginning of the end.

It was good and I liked it. Yet there’s no getting round it to point out that I felt somewhat underwhelmed—even bored at times. I guess I just expected…more? In fact, there was nothing earth-shattering about all those little secrets even though I know that all the talk about Heliotrope Station and Vic not (view spoiler)will lead us to the next book Camp Hell. I'd be lying if I said that I was partial to the plot, though. It was just 'meh'. Plus, I’m honestly getting a bit fed up on the si-no game. Also, Vic really pissed me off for the first time. How can he (view spoiler)Shit. I mean, crap. Vic really seems to have (view spoiler) Like I said in one of my updates, lying by omission or not being totally honest goes both ways. Sure, Jacob made a mistake. However, I gotta give him credit for being absolutely star struck by Vic. Have you seen how Jacob practically eats Vic up with his eyes? I love the way he looks at Vic cos it's always so intense. As I see it, Jacob is all gaga over Vic and (view spoiler) Not cool.

Enough of the negative points. Of course there were some really great scenes, too. At the risk of sounding shallow, I don’t mind telling you that I loved the smexin’. Whatever Vic and Jacob do, be it against a wall, in the kitchen, in the bathroom or between the sheets…I love it. They can keep on sucking face and c@ck or whatever else makes them happy cos they sure make me happy.Hawt!

My absolute favorite scene (no sex, I assure you):

Jacob cupped my cheek with his palm and ran his thumb along my cheekbone. His eyes were so dark and intense, and he stared at me so hard that I'd swear he was trying to forge a telepathic connection.
(…)
Jacob rocked his forehead against mine. I couldn't focus on his eyes--he was too close. But his breathing, that was starting to fill up my whole awareness. It'd gone deep and rough, like it did when he was about to nail me to the nearest convenient surface.
"Look guys…" said Carolyn.
Jacob crushed his mouth against mine, forced his tongue between my lips. He slipped his free hand around my back and pulled me against him. And there it was: a new kink. I thought it was really fucking hot for him to maul me at work. Exhibitionism. You're never too old to learn.
"Oh, come on," Carolyn whined. "When I want to see that, I'll rent Brokeback Mountain."
(…)
Jacob pulled back so that we could see eye to eye, and he was breathing so deep that his nostrils flared. I could feel the rise and fall of his chest against mine. "I am here for you," I told him.

Freaking intense. I loved it.


Overall verdict
A pretty good book but I didn’t get my money’s worth. 4.43 euro is too much for 156 pages because the storyline didn't knock my socks off and Secrets ends with a cliffie that practically taunts you to buy the next book.