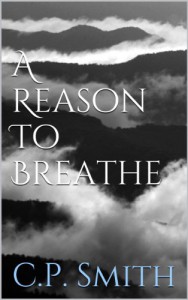 It would be very welcome…

I did something I don’t really like to do. I started reading A Reason to Breathe without having checked out a negative review. On the one hand, this book came highly recommended and on the other hand, there wasn’t a single negative review to be found on GR. I’m very sorry to say that A Reason to Breathe failed the baba-bing test big time. I won’t bore you with a synopsis. Just let me cut to the chase of the matter.

In a nutshell
Neither the bland and unoriginal writing nor the annoying characters appealed to me.

Even though Jenn was married for ages, she fell hard and fast for Jack when she set her eyes on him for the first time. It goes without saying that she became his babe the very same day. I. Just. Did. Not. Buy. That. After a little incident--the very same day they met--she clung to him, sat on his lap, cried and he said “I got you, babe.” It’s just extremely unrealistic and oh-so stereotypical.

On the one hand, Jenn was all gaga over Jack and on the other hand, she was totally indecisive. I want him, I don’t want him. This can’t go any further yadda yadda yadda. I was 14 % done when Jack’s grin and all the babe here and babe there started to get on my very last nerve. He’s another one of those uber bossy, uber possessive alpha-holes who use caveman antics to woo the naïve little heroine. Don’t get me wrong, I love a great alpha but I need more than caveman speech, a constant grin and eyes going soft for the umpteenth time to feel a connection or even an attraction to said alpha. Also, give me a great alpha man any day but he must sound real to me. A caveman alpha-hole is just fantasy material, no more no less, and it’s a fantasy I can live without, thank you very much.

Well, and Sheriff Jack is all eagle-eyed from day one when another dude might dare to look at his babe. They didn’t even have a relationship yet. Uber jealous, much? There’s no build-up whatsoever and no sexual tension. Nada. Zilch. Nichts. Würklech gar nüüt. Oh, wait, why would I need that when it’s been replaced by caveman speech. Problem solved. There was lots of shouting, barking, growling, purring (down the line) and hissing in this story which was the reason for my virtual headache. The sex simply made me roll my eyes…no further comments necessary.

What a career leap! From the entertainment section and writing about cookies, Jenn jumps seamlessly to amateur sleuth--naturally without the consent of her boss. Whatever she did she was so incredibly competent…uh-huh…I might be slightly sarcastic. Let's face it, there is a vast difference between being stubborn and stupid. Jenn seems to be a candidate for the latter category.

"Jesus, Jenny, are you sure you want to investigate this guy?"
"Oh, come on, Ben, this is fascinating, although creepy stuff." I defended.

Yes, it's very fascinating how you screwed up, Jenn.

At 26 % Jenn babe and Mandy took the cake. They went off half-cocked when they were trying (view spoiler)

Is she for REAL? Where. Is. Your. Brain. Woman? *Baba hits head on the table. Repeatedly*

Later on she said to Jack…

Yeah, riiiiight, 39 is a number. It doesn't necessarily mean that someone is mature or smart.

And when Jenn had lunch (view spoiler) Gosh, how can she be so dense and clueless?

(view spoiler) *Baba nods head vigorously* Do I need to spell it out for you, Jenn?

Clue the heck in, babe, he never had any honorable intentions when it came to you. Geez…
Well, being unsuspecting is one thing but what's even worse is the fact that she didn't quit after the (view spoiler) I don't know what to say when I'm confronted with this kind of brainless heroine. ---> Great basis to build a manufactured drama. There is that, right?

The main protagonists incl. all the characterizations, the writing style and the lack of proper editing are blatantly similar to…um…I think it’s best I don’t comment.

"Thought you were a typical nosey in your face reporter, then you showed me a different side and I liked what I saw. But Babe, gotta tell ya, this innocent side, the one where you have no clue to the fact that you could have any man in this town and still you'd be settling, total fucking turn-on; and you think I'm gonna settle for friends? Fuck no."

"And now on top of sweet, I get innocent too? No way, Jenn, no fucking way."

"Sweetness, I don't give a fuck if he's pissed or inconvenienced, you kiss me like that again, and I'll make the whole fuckin' town wait." Grinning at him, 'cause how could I not after that, I giggled like the adolescent schoolgirl he'd turned me into, and for some odd reason that made him grin.

“Jenn, had my mouth between your legs, my cock buried deep more than once in the past six hours, believe me when I say, I. Don’t. Share. (…)”

Also, we have the obligatory ex who's freaking out. She cries, sobs, screams and hits and of course (view spoiler) Just the whole shebang. Sound familiar?

Of course the heroine has been thrown through the air. I think every woman should have the pleasure of experiencing that thrilling moment just once. In. Her. Life. Again, sound familiar?

"Bed it is," barely left his mouth, as I was thrown through the air and landed on his bed. Jack landed on top of me, looked at his watch and grinned.

What the heck is up with all those (misplaced) semi-colons? It's very distracting. Here are some examples to your perusal:

"(…) That being said; I'm gonna do my damnedest to try and keep up with you so I can catch you when you fall. But honest to god, right about now, locking you in a cell sounds pretty damned good to me; (…)"

Our food came and just as the reviews suggested; it was outstanding; we'd all had steak, big surprise, and it was thick and delicious.

Oh and let's not forget that specific situation…semi-colons topped off by Jenn's keen wit. *cough*

Then it hit me; Jack was a sheriff; he carried a gun.

Unfortunately, A Reason to Breathe has to go on my shelf books-everyone-loved-but-baba. I'm sure it will find some good company in order to not feel lonely. It's safe to say that I will steer clear of Ms. Smith's future books.

If you want to read my spoilers then check out to GR link below.